My oldest daughter REALLY wants an ipod touch.  And she has really mean parents who won't just go out and buy one for her.  They are making her earn her own money to buy it.

She loves duct tape.  Actually, she's obsessed with duct tape!  Several months ago, she learned how to make duct tape flower rings.  They're adorable!  When we talked about ways she could earn money, she decided to try selling her rings to people we know.  They turned out to be a BIG hit!

Here's a sampling of the rings she's made. 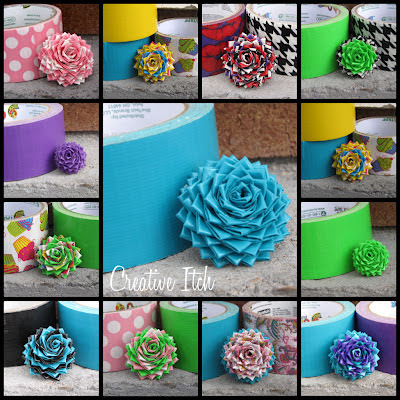 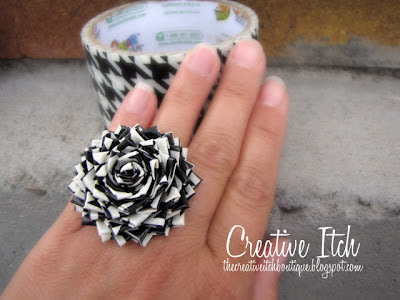 And if you're like me, you prefer smaller 'bling'. 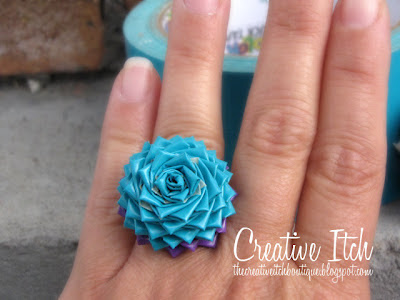 So far, she's had a hard time keeping up with the orders people have placed.  I have a feeling she'll stay pretty busy this summer making these!  And it won't be too long before she has enough money earned to buy herself that ipod touch.  My hope is that along the way, she'll learn a new appreciation for how hard her Dad works to support our family, and that it really does take HARD WORK to get the things you want in life.  I think she's well on her way!

Good for her - they're cute!!
I had really mean parents, too, that made me earn and save for things I wanted :)

wow super cute flowers! Where do you get duck tape like that? I've never seen it in colors. I saw the title of your post and was thinking " how can gray flowers be that cute?". But, I LOVE all those colors and designs!

Those are so fun! I want to make some with my kids this summer.

I love these and know that my son (who is obsessed with duct tape) would love them too. Is there a pattern available for these?

My daughter makes these flowers. She also puts them on headbands. You can get the duct tape at Walmart, Target, Ace, and craft stores. My daughter usually gets hers at Walmart and Target.

So cute! What a great way to earn money. :) Visiting from TT&J FB.

Super cute! My teenage sister got into making the pipe cleaner rings last summer. She will have a blast with these this summer!

That sounds JUST like me, the whole 'obsessed with duct tape' part. I am 13 as of this past Sunday and I like to make hair bows and roses. My grandmother, her name is Bernadette Miller, sells them in craft shows for a little amount. I am working this summer to create enough products for our community's annual Fall Harvest Craft Show. It's awesome that your daughter wants to sell these creations and it inspires me that she is earning towards her goal. It's because she is following her hobby of crafting that she is able to keep at it and I am sure she will earn her goal of an iPod touch. ~Chloe, 13

Love the responsibility lesson, it is never to early. I do it with my 7 year old for her DS games and she then appreciates them a bit more. I too have become recently obsessed, I hope she earns her IPOD soon.

Walmart has a great selection, check the hardware and craft sections.

Wow these are really neat!!!
visiting from http://cutonedesignsbyrobin.blogspot.com/ 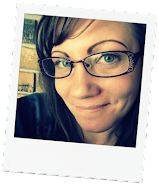 Satisfying my 'creative itch' one craft at a time!